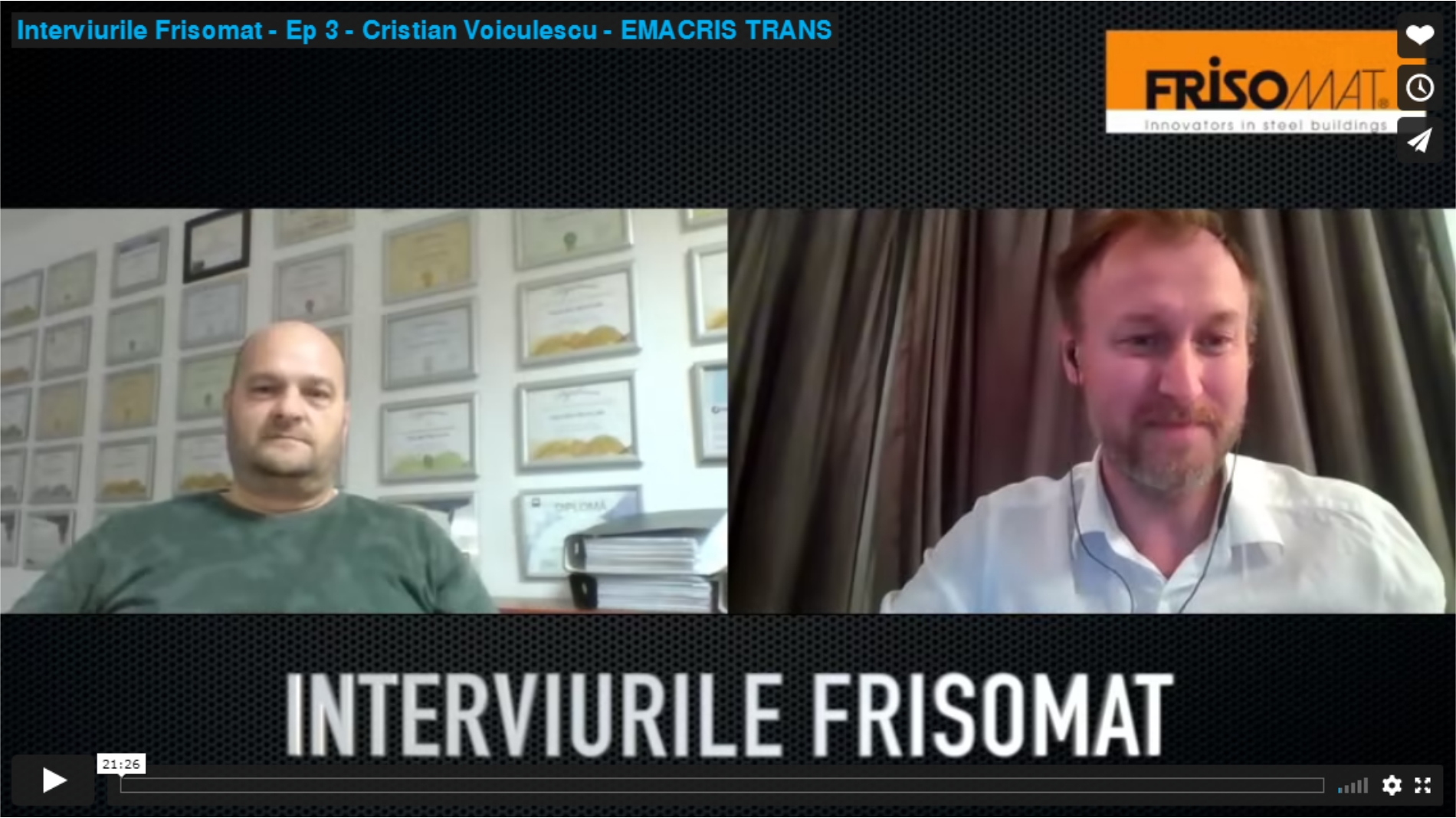 Cristian Voiculescu is a man who has worked all his life. At the age of 16 he finished mechanics school and when he got his license he became a driver.

“It simply came to our notice then. I think any boy wants to be a cop or a firefighter or a truck driver. I realized my childhood dream “, says the entrepreneur, Cristian Voiculescu, Emacris Trans, owner together with his brother – Emanuel Voiculescu, of several metal halls – Truck service – Parts & tires store – ITP station – Vulcanization – Transportation to Shipping House.

After the Revolution, he started a business. Then he and his wife set up a candy factory. When all was said and done, he decided in 2003 to return to his childhood passion. Together with his brother, Emanuel, he created Emacris Trans, a road transport company located in Agigea.

The beginnings were like any beginnings, a lot of work, suboptimal conditions. Precisely because the business gained traction, Cristian Voiculescu decided that he had to invest. And he built the first Frisomat hall, 600 square meters, to have a place where he could repair the trucks.

Then came the expansion. “From 600 sqm we increased to 1200 sqm. I also worked with Frisomat. In two or three days, the assembly was ready, without any day of interruption of activity. ”

In fact, the speed and the construction system were decisive in choosing Frisomat, says Cristian Voiculescu.

2021 is coming to an end for Emacris Trans with big plans. In 2022, 5 more trucks will join the 20-unit fleet, and expansion plans are even bigger. “In 2021, we were cautious. It was a year of recovery and consolidation “says Cristian Voiculescu. “In 2022, we hope to resume growth plans.”